Air pollution is by far the most serious public health problem caused by environmental factors[1] and causes over 400,000 premature deaths in Europe each year.[2] Although air quality in Ireland is mostly good, winter evenings are an exception. At these times, air quality deteriorates sharply as burning of solid fuels like coal, wood, and peat for domestic heating causes levels of particulate matter (PM) to spike. PM is the air pollutant of greatest concern and is associated with adverse health outcomes including cardiovascular mortality and morbidity, atherosclerosis, adverse birth outcomes, childhood respiratory disease, and declines in cognitive function.[3]  The relationship between air quality and public health in Ireland was highlighted in a striking observation made by Dr Donal O’Shea, a consultant endocrinologist. Asked to consider Mary Harney’s legacy as health minister, he said, “In the context of positive impact on health, it was something she did in another department. The smokeless fuel legislation she introduced while in the Department of the Environment had a huge impact, and within one year winter hospital admissions for chest infections were significantly down.” [4]

The emergence of low-cost sensors for air pollutants provides an alternative approach to carry out extensive monitoring at moderate cost. This is the approach that Cork City Council took to develop Ireland’s first low-cost air quality network, in partnership with UCC’s Centre for Research into Atmospheric Chemistry. The council’s network uses Purple Air sensors (costing about €200 each) for PM measurements. The network has 14 PM sensors distributed across Cork city; in comparison, there are 4 EPA regulatory monitoring sites in the city. Data quality from low-cost sensors is often a concern. We find that Cork’s Purple Air sensors are highly correlated with regulatory instruments but need correction to bring them into good agreement with regulatory instruments.

So, what does Cork’s low-cost network tell us about local air quality? First, it shows the well-known contrast between summer and winter air quality. Summer air quality is mostly good but winter air quality is dominated by a sharp increase in PM levels from late afternoon due to solid fuel heating. Second, the sensor network reveals large spatial differences in air quality across the city. The daily maximum concentration of PM2.5 (particles smaller than 2.5 micron) in the most polluted neighbourhoods was more than double the maximum concentration elsewhere. Preliminary analysis suggests that these polluted sites occur in areas with higher levels of deprivation, indicating that the populations of these areas rely heavily on solid fuel heating and are exposed to poorer air quality as a result. This feature of local air quality is not picked up in the centrally located cluster of regulatory monitoring stations.

A third observation is that PM2.5 levels vary erratically over short time scales on winter evenings. This observation is seen in the short-term (10 minute) variance of Purple Air data from an hourly smoothed baseline.  The variance occurs only in the evening heating period and is most pronounced in residential areas rather than the city centre. We attribute this variability to passing plumes from individual household fires. This observation shows the importance of local, individual sources to air quality. It is likely representative of much personal exposure to air pollutants. With an hourly reporting period, the EPA network does not pick up this feature. 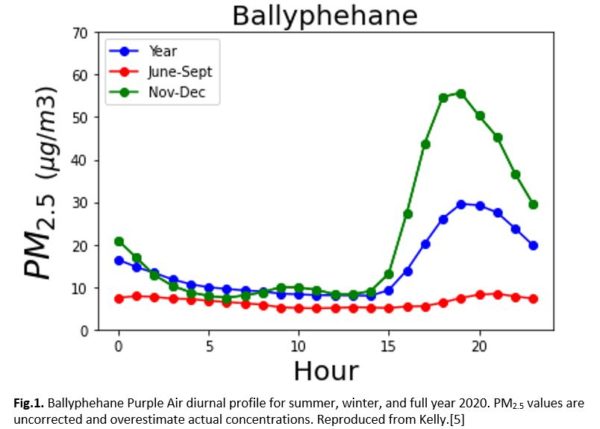 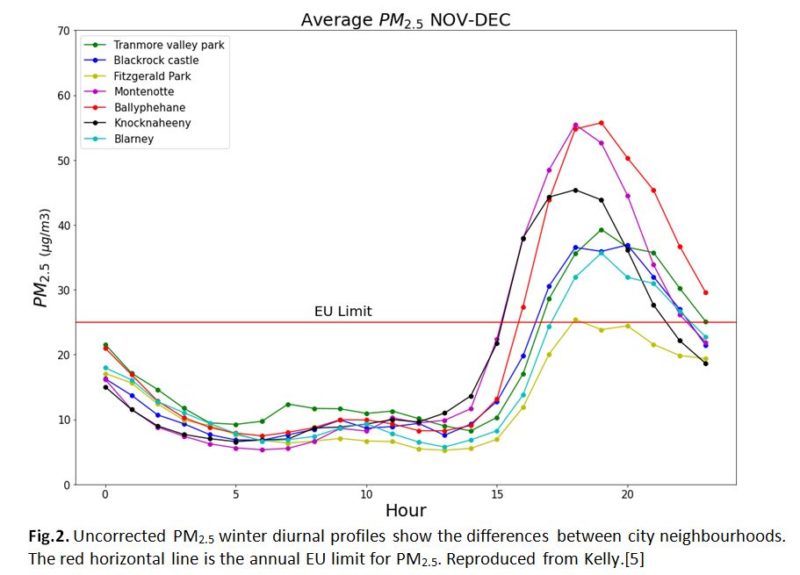 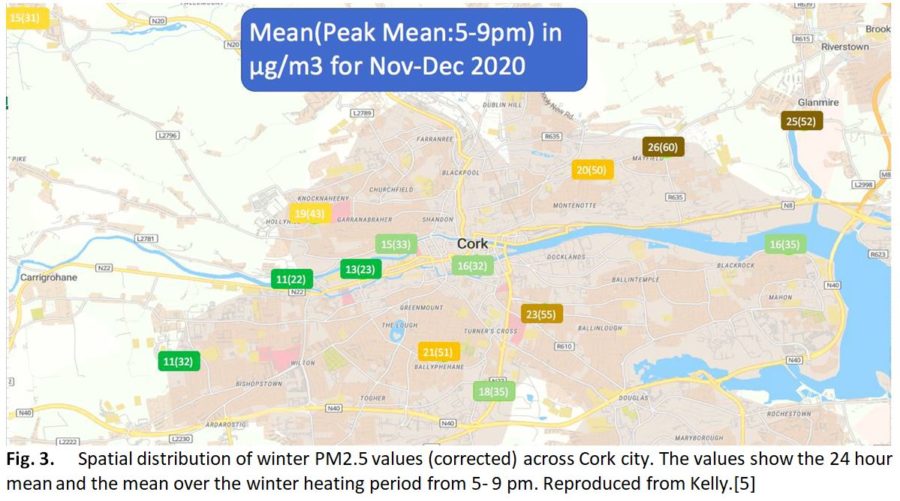 Looking to the future of air quality monitoring, it is worth noting that machine learning of air quality and meteorology is now being applied to air quality forecasting. This is an exciting development that could lead to advance public notifications of poor air quality. Such forecasts could also be a tool to modify behaviour — for instance, asking households to forego lighting fires when air quality could become hazardous. Such changes would lead to significant improvements in air quality and public health.

There is ample evidence which shows that populations who experience social exclusion and deprivation[...]

Download a PDF version of the 2022 SPHeRE Conference Timetable here[...]

Long Covid: What We Know, What Remains Unknown     Registration has now closed f[...]

Diabetes and undiagnosed depression in the over 50s in Ireland, England and the USA, by Niamh McGrath

Health information relates to information on a person’s health; care that is being, has been or may [...]
MENU