The Covid-19 pandemic has led to an increase in a wide range of risk factors for suicidal behaviour. The range includes the sudden loss of loved ones, anxiety and fear of infection, job loss and economic uncertainty, social isolation and loneliness, restrictions on healthy activities and on access to health services, including mental health services, and others. So what do we know about the impact on suicide? 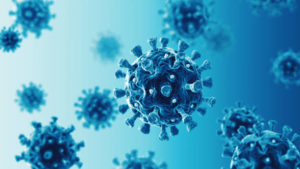 A systematic review showed the evidence from previous Severe Acute Respiratory Syndrome (SARS) epidemics was limited (Zortea & Brenna et al, 2020). Only eight studies examined the effect on suicidal behaviour, three showed evidence of increased suicide among older adults during, and in the year following, the SARS epidemic in Hong Kong and one study in Taiwan showed a correlation between the peak of the SARS epidemic and hospital-presenting suicide attempts by overdose.

In response to widespread concerns about the impact of the Covid-19 pandemic on suicidal behaviour an international group of experts from around 30 countries formed the International Covid-19 suicide prevention research collaboration. While not publicly available as yet, the data collated by the group, coming mostly from high-income countries, show no evidence of an increase in suicide rates associated with Covid-19.

In Australia, Queensland has a state-wide real-time suicide surveillance system which allowed a robust assessment of the impact of the pandemic on suicide. In the first seven months of Covid-19 (February-August, 2020) there were 443 likely suicide deaths, a monthly rate of 14.07 deaths per 100,000 people whereas the 3,793 likely suicide deaths recorded in the preceding five years gave a monthly rate of 14.85 deaths per 100,000 people. Rate ratios, unadjusted or adjusted for a range of potential confounding factors, showed no evidence of a change in the suicide rate (Leske et al., 2020).

Professor Ella Arensman and colleagues in UCC’s School of Public Health and the National Suicide Research Foundation (NSRF) have developed a similar system of real-time surveillance of suicide in Cork. Assessment of the impact of Covid-19 is limited by the relatively small catchment population and having only 2019 as a reference period. However, there is no evidence of a change in the suicide rate as the number of likely suicide deaths was fifteen in March-August 2020 compared to 22 in the same period of 2019.

The Covid-19 pandemic has challenged national systems to provide real-time mortality data. Unfortunately, Ireland’s systems have performed poorly, most notably when our estimation of excess deaths had to be based on data from the website rip.ie. In part, this was due to Ireland’s allowance of three months for the notification and registration of deaths, which is unusual among high-income countries. Ireland operates a coronial system that requires that an inquest be performed for possible suicide deaths and other deaths due to external causes. This leads to further delay, but the delay seems to be especially protracted in Ireland with approximately 15% of our suicide deaths being registered two years after the date of occurrence. Without intervention, we will need to wait until 2023 before a complete assessment can be made of the impact of Covid-19 on suicide in Ireland.

We do have a national registry of hospital-presenting self-harm in Ireland, funded by the Health Service Executive and operated by the NSRF. Most data collection was suspended during the Spring lockdown but findings for January-August 2020 compared to the equivalent months in 2018-2019 have become available recently based on a sample of nineteen hospitals. The findings show the rate of self-harm presentations in 2020 was 18% higher in February 2020, which is before the Covid-19 outbreak in Ireland. The rate in 2020 was 13% lower in March and 22% lower in April. The rate returned to usual levels in the subsequent months. While we cannot infer that these findings apply to the incidence of suicide during the same period, they do suggest a reduction in suicidal behaviour that usually requires hospital treatment since the first confirmed Covid-19 case in Ireland.

Responsible media reporting about suicide is an effective suicide prevention measure. The absence or lack of suicide data during the Covid-19 pandemic may be associated with an increase in speculative reporting regarding possible increases in suicide. These may have a negative, self-fulfilling effect and should be avoided. Instead, media reporting on the topic should seek to help prevent suicide by sign-posting sources of support, including stories of hope and recovery, encouraging people to support others and to seek help (Hawton et al., 2020).

There is ample evidence which shows that populations who experience social exclusion and deprivation[...]

Download a PDF version of the 2022 SPHeRE Conference Timetable here[...]

Long Covid: What We Know, What Remains Unknown     Registration has now closed f[...]

Diabetes and undiagnosed depression in the over 50s in Ireland, England and the USA, by Niamh McGrath

Health information relates to information on a person’s health; care that is being, has been or may [...]
MENU